A restaurant has been ordered to pay $10,000 compensation after making black diners pay up-front for their meals.

Emile Wickham chose to celebrate his birthday at the Hong Shing Chinese restaurant in Canada.

After taking their seats, a server told Wickham and his friends, all of them black, they had to pay up-front for their meals.

However, no one else in the restaurant had been asked to do the same thing – because they were all white.

Wickham says he smelt a rat when he realised staff didn’t ask any other diners to prepay for their meals.

His said the waiter failed to give him a straight answer when he asked for an explanation.

“I decided there and then that night that I was going to stand up for this,” he told CBC News.

Wickham took his case to the Ontario Human Rights Tribunal, with the adjudicator ruling:

“In this case, I find that the applicant was racially profiled on the day in question.”

The Tribunal ordered the restaurant to pay $10,000 compensation to Wickham.

However, he said the money won’t make up for his birthday party being ruined that night.

“I think that the real cost for me and I can’t put into words – I can’t describe the walk back to the car – to walk away from that restaurant essentially being denied our dignity.” 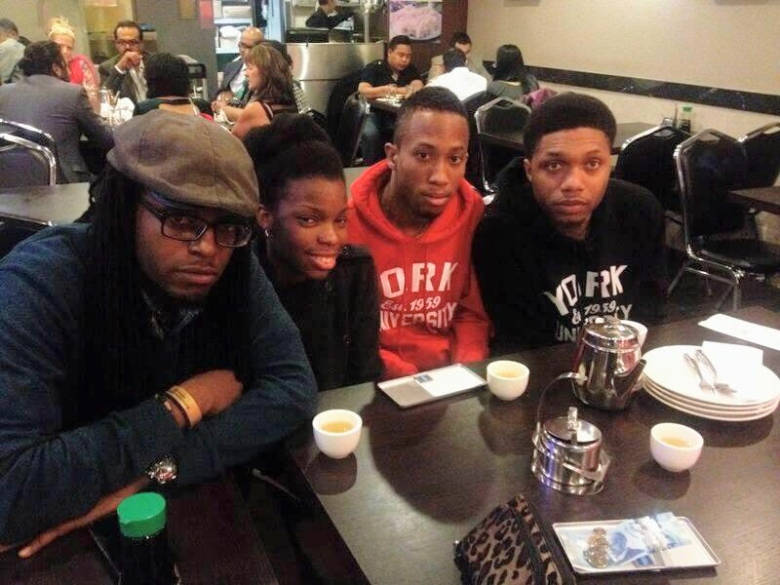 Mr Wickham and his friends at the Hong Shing on the night in question.

Miles Heffernan from Discrimination Claims described the case as “a disgraceful example of race discrimination”.

“This is an absolute shocker,” he said.

“Discrimination happens when you treat someone differently based on an attribute like their race.

“If you are in business, you can expect to pay hefty penalties if you let it go on.”

Mr Heffernan says race discrimination is unlawful in Australia, and can happen in the workplace, in addition to the provision of goods and services.

“Restaurant operators, milk bar owners and tradies can all be liable for unlawful discrimination under Australian laws,” he said.

As for the restaurant in Canada, it has since changed owners, but that hasn’t stopped a barrage of criticism on review sites and online forums.