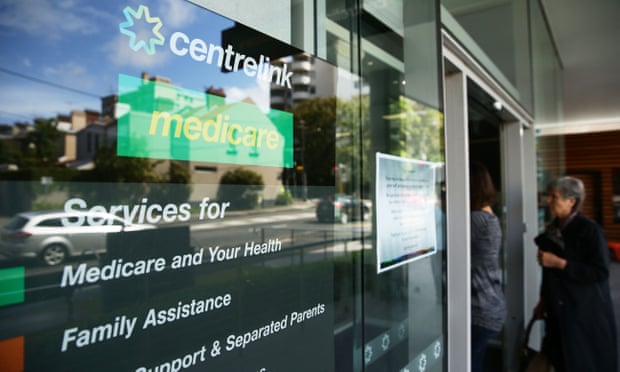 A blind Centrelink worker has complained of impairment discrimination saying he was publicly shamed and sacked for working slowly.

As a result, the worker filed the claim in the Human Rights Commission.

Blind Centrelink worker not given accessible systems and support

Brendan Donohue told Guardian Australia Centrelink failed to provide him with accessible systems, equipment and other support to work effectively.

‘Too helpful to customers’

Donohue’s job required him to call people flagged by Centrelink’s computer system for owing money to the government.

Further, he requested follow-up details like pay-slip details in order to verbally establish the legitimacy of the debt.

“I was always in trouble from the department for being too helpful to customers.

“People often get quite upset that DHS is calling them because supposedly they have a debt and have no idea what the debt is about.”

In addition, Donohue claims to be regularly singled-out on a whiteboard – called ‘the whiteboard of shame’ – which charts staff performance.

This is the result of being consistently slower than his colleagues.

“It always came across I was not doing good work.

“My [disability] dramatically affected those stats on the board.

“The expectation of the branch is to complete 10 phone calls a day.

“Getting below the 10 you are deemed to be under performing to a standard the department thinks is good enough.”

Terminated for not meeting targets

Donohue claims staff don’t have knowledge about totally blind people, in addition to not understanding screen readers and braille displays:

“One day they called me in.

“We go in there and they say unfortunately you haven’t met the targets and we’re terminating your employment.”

Donohue’s complaint against Centrelink and job provider Adecco says processes and systems are inaccessible, and furthermore, the department’s computer programs didn’t work with his screen reader.

“I did not have enough time in the morning to read all the communications I needed to with only 10 minutes start-up time.

“[I] missed a lot of very important communications throughout the day relating to my work position.”

In a statement it said:

“How the department and the teams use the information contained on the whiteboards has been entirely misrepresented.

“The numbers do not refer to debt targets.

“The whiteboards are a part of our management process, [which] works by creating visual links between data and people.

“Naming and shaming has nothing to do with our process.”

Discrimination Claims has negotiated $25,000 compensation for a medical worker who experienced discrimination after developing…

Queensland's new generation trains breach the state's laws relating to disability access, according to a…