A medical clinic has been accused of discrimination for charging patients more to see a female GP.

However, a female GP today defended the controversial pricing policy.

She argues women doctors don’t earn as much as their male counterparts.

According to The Age, the outrage began when visitors to the Myhealth North Eltham clinic saw a sign outlining different fees for female and male doctors.

The sign stated that a standard consultation with a female doctor costs $82, compared with $75 to see a male doctor. 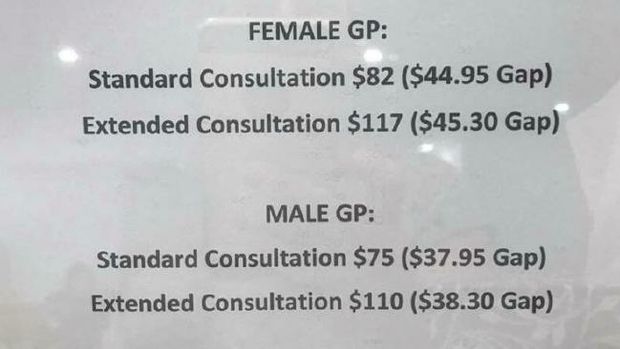 A young receptionist told a patient the extra charge is because “women’s issues take longer”.

However, many say that’s discrimination because more women choose to see women doctors.

Therefore, women patients face disadvantage because of their gender.

“Not only is this practice offensive, it is potentially discriminatory.”

“Nobody should have to fork out more to see a doctor simply because they are a woman,” she said. 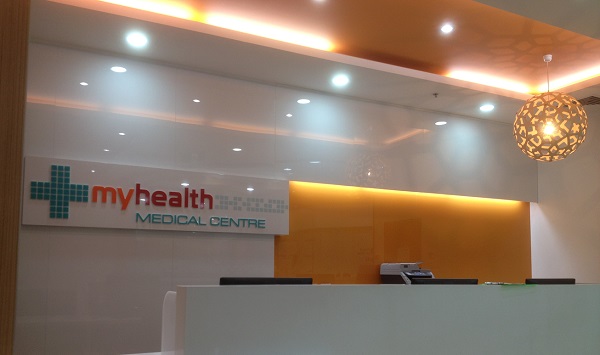 The Twittersphere erupted with outrage about the extra charge, with some calling it “gender discrimination”.

This is so fucked. My friend @TheMilkeWay goes to Eltham North Clinic in #Victoria and they’ve just instituted extra fees for female doctors because “women’s issues take longer.” Surely this is illegal? pic.twitter.com/Vwm0aafM1z

But in an opinion piece for The Guardian, an unnamed female GP defended the additional charge.

She argues women doctors earn less than male doctors, and do more work.

“In Australia, on average, female GPs earn $11 less per hour than our male counterparts.

That is the equivalent of around $21,000 per year, and it is adjusted for the number of hours worked, before you say ‘but women only work part time’.

Evidence shows that female GPs see patients for longer each visit, and for more complex issues.

We are more likely to perform preventative care like screening testing each visit, and our care is independently proven to be more cost effective.”

“Sex discrimination happens when a person is treated less favourably based on their sex,” he said.

“However, in this case, it could be argued that the extra charge applies to all patients, both male and female, therefore there is no discrimination.

“Both male and female patients can choose if they want to pay the extra $7 to see a female doctor, or whether they use that medical clinic at all.”

A barber is accused of discrimination after refusing to cut a girl's hair, despite not…

A transgender nurse has been awarded $A167,902 in damages after being banned from using a…