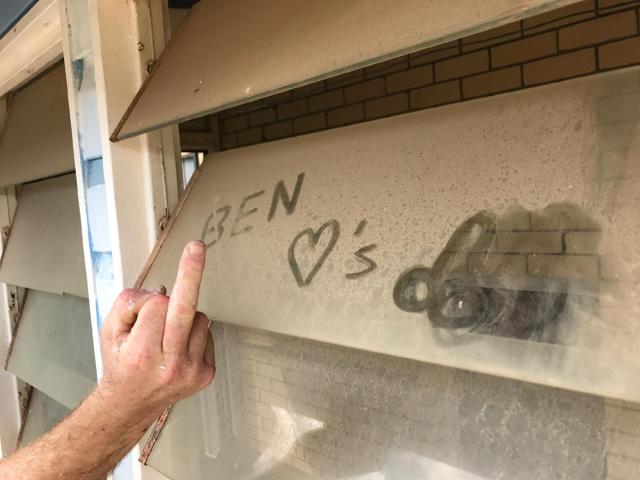 This dick drawn in dust has cost a painting company $12,500 compensation paid to an apprentice for sexual harassment.

Discrimination Claims negotiated the settlement on behalf of the young worker, as a result of his workmates scribbling the sexually suggestive message into a dusty window.

However, in the last six months, his workmates subjected him to constant sexual harassment.

For example, they repeatedly taunted him with jokes about his perceived sexuality.

Miles Heffernan, Director of Litigation at Discrimination Claims, described the abuse as “constant and cruel”.

“Because Ben is slightly built and not a big burly painter, his workmates mocked him and wrongly characterised his sexuality,” he said. 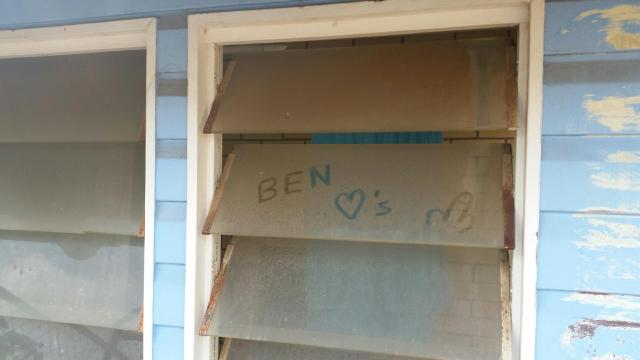 One of the offensive messages that cost the company $12,500.

Dumb thing to do

One day, a colleague came up with the idea to scribble an offensive message on a dusty window, which said “Ben loves dick”.

Additionally, the message included a crude drawing of a penis.

The workmates took a picture of the message along with someone ‘giving the middle finger’, and sent it to Ben’s phone.

Mr Heffernan described it as “a dumb thing to do”.

“It’s one thing for someone to write that on a dusty window, but to then take a picture and send it to the victim’s phone is really stupid,” he said.

“It provided proof, in addition to leaving an audit trail, including the phone number of the idiot who sent it.”

Ben’s colleagues scribbled a similar message on another dusty window which members of the public could see.

“Clearly these clowns intended to offend and humiliate our client with their crude and juvenile graffiti,” Mr Heffernan said.

“However, it provided us with strong evidence of sexual harassment and sexuality discrimination.”

Furthermore, when Ben complained to his boss, the manager jokingly said to him, “Just put it behind you,” pathetically suggesting Ben was gay.

Not long after making the complaint, the manger stopped offering Ben shifts at the business, effectively sacking him.

Firstly, for sexual harassment and sexuality discrimination in the Human Rights Commission (formerly the ADCQ).

Secondly, the firm filed a general protections claim for dismissal in the Federal Circuit Court, as a result of Ben’s dismissal.

It is unlawful to sack an employee for exercising a workplace right, such as making a complaint about sexual harassment.

When the Commission and Court both agreed to hear the case, the employer moved quickly to settle the matter.

The painting company agreed to pay Ben $12,500 for his unlawful dismissal and for the hurt and humiliation he suffered.