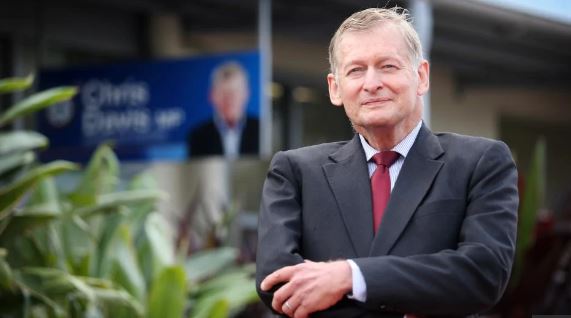 A former politician been awarded $1.4 million in damages for discrimination based on his political belief and activity.

The Queensland Civil and Administrative Tribunal found Queensland Health discriminated against Doctor Chris Davis by refusing him a job.

It found Davis had recently fallen out with the then-Premier Campbell Newman and the LNP government.

As a result, Metro North Hospital and Health Service refused him a position as a specialist geriatric senior medical officer.

Davis had been a member of the LNP government as assistant health minister until May 2014.

He resigned as a result of a spectacular falling out with Newman over doctors’ contracts and changes to electoral donation laws.

The LNP blamed the resignation for the Labor party resurgence in Queensland and the eventual defeat of the LNP.

After leaving the parliament, Davis applied for the job with Metro North.

Only two applications applied for the position, with Davis the only qualified geriatrician.

QCAT member Clare Endicott said as a result, he was “for all relevant purposes the sole applicant for the position”.

Endicott noted Metro North had an established recruitment procedure, however it failed to follow this procedure.

Davis argued Metro North unlawfully discriminated against him, and did not employ him, for “the substantial reason that he held political beliefs or engaged in political activities”.

Endicott ruled in favour of Davis, noting his public criticism of the Liberal National Party government and the Premier:

“An inference of discrimination is open on the cumulative weight of the evidence, that a decision was made on 2 September 2014 not to employ Doctor Davis because of Doctor Davis’ attribute of political belief and activity.” QCAT found Metro North HHS discriminated against Dr Davis on the basis of his political belief and activity.

“In Queensland, the Anti-Discrimination Act protects workers from discrimination based on their political belief or activity,” he said.

“If people choose a career in politics, the law protects them from punishment as a result.

“And furthermore, they should not be punished if they hold political views that are contrary to the government of the day.”