The pair want an apology from Shelton, in addition to $10,000 compensation each, reports The Courier-Mail.

Johnny Valkyrie performs as “Queeny” while Dwayne Hill performs to children as “Diamond” and in shows to adults as “Diamond Good-Rim’’.

A group of protestors from the University of Queensland’s Liberal National Club targeted the pair during a Drag Storytime event in January at a Brisbane public library.

Following the incident, protest leader Wilson Gavin killed himself after a video went viral of him shouting “drag queens are not for kids’’ at the library.

Following the library protest, he posted a number of offensive messages on his website blog.  For example:

“Drag Queens and what they represent are not for kids.

“They are dangerous role models and they should not be provided a place in front of children in public libraries.”

Shelton’s blog also stated that Diamond Good-Rim is a “homo-eroticised name, a reference to the anus’’.

“Good-Rim is a 2019 winner of an X Award from the Adult Entertainment Industry.”

However, Hill is not involved in pornography or prostitution industries.

The court documents include a photo of a diamond ring displayed on a model of a penis, which Shelton alleges had been posted on Diamond Good-Rim’s Facebook page.

“Or ask their mum what ‘good rim’ means in the wonderful world of drag queens.’’ 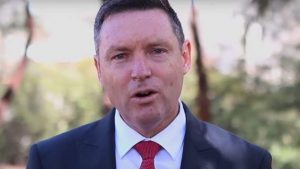 Valkyrie and Hill filed a claim in the Queensland Human Rights Commission.

The accused Shelton of vilification and discrimination based on their sexuality and gender identity.

The parties failed to settle the matter, and as a result, it has now been referred to the Queensland Civil and Administrative Tribunal (QCAT).

The complaint states that Valkyrie suffered anxiety, depression and experienced suicidal ideation as a result of Shelton’s blog.

It further states that Hill felt anxiety and depression and “reduced his drag queen performances and had some difficulties as a result’’.

Their complaint filed in QCAT states:

“Both complainants are fearful that people now see them as paedophiles and dangerous to children, which has affected their self-worth.

“They were distressed and humiliated by (Mr Shelton’s) very public posts and the subsequent public commentary incited.

“Both complainants hold ‘blue cards’ … permitting them to work with children.’’ 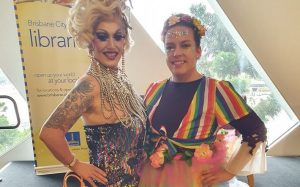 Shelton has previously asked Hill to drop the case in a letter filed with QCAT:

“The purpose of my blog-post was to express my deeply held conviction that Drag Queen Story Time events are extremely inappropriate for children.

“There are a large number of parents in the community who share my concerns and it is in the public interest that they would want to know about these events taking place in public libraries.’’

“I hold no ill will or feeling towards you and the post was not meant to be a personal comment about you.

“My blog post is a legitimate exercise of another fundamental freedom – my freedom of thought, speech and expression on issues which I feel strongly about and which are of significant public interest.’’

QCAT has subsequently listed the matter for a compulsory conference at a date to be announced.

WHAT IS UNLAWFUL VILIFICATION?

Discrimination Claims has won more than $60,000 compensation for a bullied bisexual banker subjected to…