An electrician who was teased for being bald by his supervisor was sexually harassed, according to an employment tribunal.

The panel found the word ‘bald’ related to the man’s sex, and therefore qualified as sex-based harassment.

Electrician teased for being bald

Tony Finn worked for the British Bung Company for more than 20-years – a West Yorkshire-based business that manufactures cask closures.

In 2019, he clashed with his supervisor Jamie King who called him a “bald cunt”.

Finn filed a harassment claim and an unfair dismissal claim in the employment tribunal after BBC sacked him in 2021.

In their judgment, an all-male panel, led by Judge Jonathan Brain, deemed the word “cunt” okay, but not the word “bald”:

“Although, as we find, industrial language was commonplace on this West Yorkshire factory floor, in our judgment Mr King crossed the line by making remarks personal to the claimant about his appearance.

“In our judgment, there is a connection between the word ‘bald’, on the one hand, and the protected characteristic of sex on the other.”

Judge Bain did concede that women, as well as men, can be bald.

However, he noted baldness “is much more prevalent in men than women”.

“We find it to be inherently related to sex.” 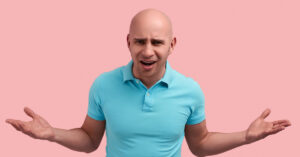 The tribunal found calling someone ‘cunt’ is okay, but not the word ‘bald’.

The judgment referred to a 1995 case which found a woman had experienced sex discrimination when a manager commented about the size of her breasts.

Judge Brain concluded: “It is much more likely that a person on the receiving end of a comment such as that which was made in the [1995] case would be female.

“So, too, it is much more likely that a person on the receiving end of a remark such as that made by Mr King would be male.” 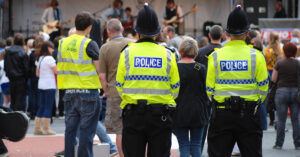 Writing in The Guardian, she accused the all-male panel of “a double standard”.

“Again, I have every sympathy for Finn. But, it’s pretty galling to see an all-male panel fall over themselves with compassion for a guy called “bald” at work when women still have an extremely hard time getting claims of sexual harassment taken seriously. “It’s just a bit of banter,” women are constantly told when we complain about pervasive harassment. “Lighten up! Grow a thick skin! Don’t be so damn sensitive! Can’t you take a joke?” It’s hard not to see this case as emblematic of the double standards women must tolerate.”