Details of the new allegations came to light during a Senate Estimates hearing this week.

The four women came forward following an investigation into Heydon’s conduct by Doctor Vivienne Thom, the former inspector-general of intelligence and security.

Three of the complaints relate to sexual harassment and one alleges bullying.

However, a court spokesperson said the women involved did not want their complaints investigated.

“The four individuals who made allegations to Dr Thom were very clear that, although they wanted this information to be provided to the Court, they were not making formal complaints and did not expect, or want, these matters to be investigated.”

They also said any offence caused by their client’s conduct was “inadvertent and unintended”. 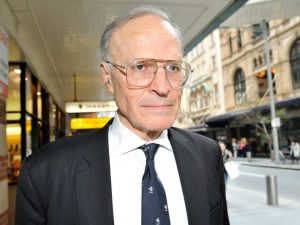 “Associates can speak at any time to a particular senior registrar or myself about any issues, and they have the opportunity to speak privately and informally.”

Lynch also confirmed that police had requested a copy of Dr Thom’s report.

“I’ve indicated to the AFP that the court would have no difficulty if any of the complainants provide their part of the report to the AFP, but if the AFP wanted to press the matter, I would need to seek agreement from the associates involved.

The Federal Attorney-General’s Department is close to completing its own investigation into Heydon’s alleged conduct.

If you have experienced sexual harassment, we can help.

Energy Australia is spending $1.2 million to close the gender pay-gap in its workforce. The…