The officers allege NSW Police targeted them because of their sexuality.

They want compensation in addition to an apology.

Gay cops subjected to drug tests because they are gay

Hardman formed a “genuine concern” the gay officers were of “loose morals” and therefore involved in illegal drug taking.

He formed this belief, despite having no evidence to support it. 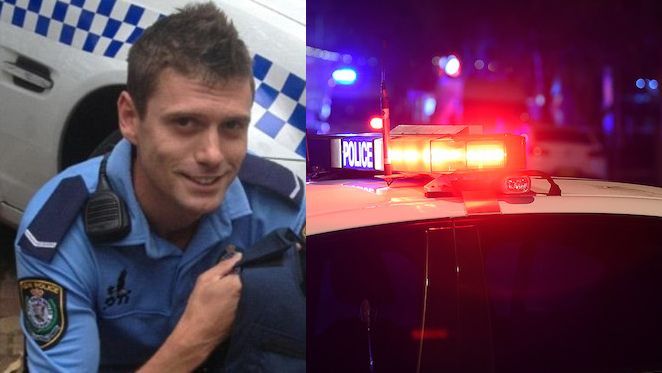 In an extraordinary statement, he wrote:

“George, Christian and Christopher are notorious for their promiscuity.

“Drug use is fundamental in such indiscriminate sexual encounters.”

Hardman noted in his statement he had no direct evidence the officers took illicit drugs, however he insisted there be an investigation.

“Even in the absence of evidence, I retain a genuine concern the group is actively involved in recreational/illegal drug use.”

As a result, an eight-person strike force wasted six months to establish no evidence of any drug taking or wrongdoing by the officers. 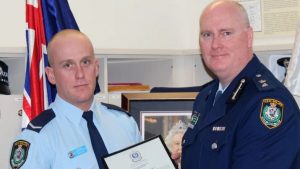 In affidavits, the four officers describe a culture of homophobia, which senior management at Newtown Police Station fostered.

For example, McDonald says a manager told him he “should be used to having your head down arse up in the concrete”after being taken to hospital after hitting his head on the pavement.

Additionally, when he requested annual leave for his same-sex wedding anniversary, a superior told him:

“Same sex marriage is not okay with me.  It disgusts me.”

“This is ‘guilt by association’, and fails every test of basic policing and investigating,” he said.

“Despite admitting he had no evidence these men took drugs, Superintendent Hardman insisted on the secret investigation.

“How did he ever graduate from the police academy with such a poor understanding of evidence and investigations?

“Furthermore, Hardman also made the assumption – wrongly – that gay people who have lots of sex take illegal drugs.

“I want to know on what basis he makes such an offensive and false observation.

“I expect the tribunal will throw the book at Hardman and the NSW Police for such appalling and unlawful conduct.

“And furthermore, I expect the tribunal will order NSW Police to pay these men substantial compensation.”

The officers and their lawyer outside the NSW Civil and Administrative Tribunal.

Testicle-flicking cop unhappy about being given an official warning

A testicle-flicking cop is unhappy about receiving an official warning for sexual harassment. The New South…