Four gay cops targeted by a homophobic boss have won their discrimination case against NSW Police.

The Civil and Administrative Tribunal found the force subjected them to an undercover drug investigation based on their sexuality.

Christopher Sheehy, Steven Rapisarda, Shane Housego and Christian McDonald who were all “presumed to be engaged in drug use by reason of their homosexuality”.

Further, NCAT found supervisor, Simon Hardman was “homophobic” by ordering the investigation, in addition to subjecting the men to six months of drug testing.

Consequently, the undercover investigation involving an eight-month task force began in 2015 at the Newtown Police Station in Sydney.

However, the men claimed it stemmed from a “homophobic culture” fostered by senior management, in particular, Commander Hardman. 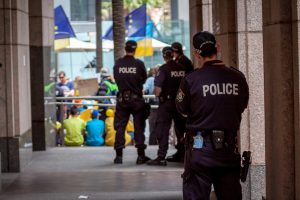 Making a formal complaint, Hardman claimed “close friendships” between the officers, in addition to them visiting gay bars such as Stonewall resulted in “further suspicion”.

Furthermore, he labelled the men “notorious for their promiscuity” and also claimed they have a reputation for “loose morals”:

“Drug use is thought to be fundamental in such indiscriminate sexual encounters.”

However, the 2015 investigation found “no direct evidence of drug use” in addition to no “related misconduct” against any of the officers.

WHAT IS SEXUALITY DISCRIMINATION? 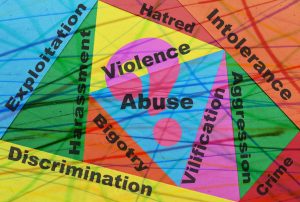 Hardman motivated by reason of homosexuality

In handling down its findings, the tribunal said Hardman:

“Was motivated, consciously or unconsciously, to make complaints … by reason of their homosexuality”.

However, Commissioner Mick Fuller says he is “satisfied” with the botched investigation.

Additionally, he describes it as “appropriate in the circumstances”.

Interestingly, Fuller is against pill testing at dance festivals, meanwhile supporting the strip-searching of children. 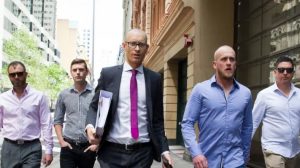 Lawyer Nicholas Stewart says the men are now seeking compensation as a result of the findings:

“Our clients feel overwhelmed and vindicated by today’s decision and are now seeking compensation for their significant financial and emotional damages.

“This decision reflects that homophobia remains alive in pockets of every workplace, and employers need to do more to protect people, who are vulnerable to harassment and discrimination.”

There has been a mixed reaction to the AFL's gender neutral restrooms, with some praising…

Transgender fire chief sacked after coming to work as a woman