The gender pay gap is shrinking, but women are still paid less than men.

The latest figures released by the Australian Bureau of Statistics show the wage gap narrowed by 0.6 percent.

The ABS compiled the data during November last year.

Earnings higher than a year ago

Average weekly earnings came in 3.2 percent higher in November 2020 than the same time a year ago.

Women’s annual weekly earnings rose at a faster pace, increasing 3.6 percent in the year to November.

Earnings rose more in the private sector compared to people working in the public sector.

Bjorn Jarvis from the ABS said the shrinking pay gap is the result of specific industries recovering strongly following the pandemic.

“While the recovery has varied by industry and other factors, there has been enough recovery at the lower end of the distribution to put downward pressure on the average.”

In other words, the jobs recovering the strongest mainly include lower paid roles, and as a result, the overall averages reflect that. 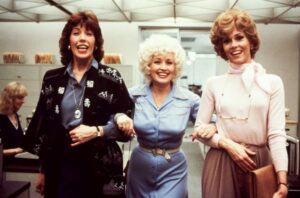 No excuse for wage discrimination

“Our economic recovery depends on women and men having genuine choice and equal access to re-engage and fully participate in the workforce.”

Miles Heffernan from Discrimination Claims says there is no excuse for sex discrimination when it comes to wages.

“The shrinking of the gap is a good sign, but more needs to be done,” he said.

“The same work should attract the same pay, regardless of gender – end of story.”

Mr. Men and Little Miss books for young children are full of sexist themes and…