KFC has been accused of race discrimination after management kicked out a group of black tourists from a restaurant.

The tourists say staff told them they were being kicked out “for being black and talking too loudly”.

It’s the latest in a series of incidents involving black people being targeted for seemingly doing nothing at all.

KFC denies the race discrimination allegations after the incident at the KFC outlet in Berlin.

Instead, the company says staff called police when the tourists started throwing food and insulting staff.

The fast food chain says the behaviour left the manager with no choice but to “protect staff and guests”.

One of the tourists, Kellon Pierre, denied the group threw food and called the allegation a “huge lie”.

As a result of the call to police, five cars arrived at the store, in what Pierre describes as a “gross overreaction”.

The incident captured on video by one of the group shows the officers telling the group in English to “go out right now”.

As she leaves, the woman filming tells diners in the restaurant that they are being kicked out “because we’re black”.

The pair had been waiting for a business colleague at the time.

As a result of the video, many took to social media to call for a Starbucks boycott, in addition to calls for the manager who called the police to be fired.

Secondly, the case of Lolade Siyonbola.

As a result, a white woman called police.

Black men having a barbeque

Thirdly, the case of two black men having a barbeque in a park in Oakland California.

For an unknown reason, a white woman called police to report the men.

She accused them of “trespassing” telling them, “It’s illegal to have a charcoal grill in the park here.”

She also used racial epithets when speaking with the black men, threatening them with jail time.

A friend of the men recorded the incident and as a result, the video has been viewed more than two million times.

The woman has subsequently been shamed on social media, and features in hundreds of memes and online jokes. 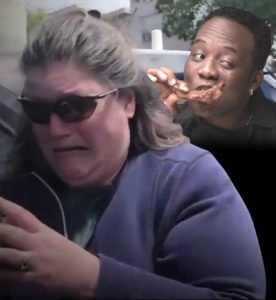 One of the many memes that hit social media making fun of the woman.

As a result of the racist incident, hundreds of black people held barbeques and partied at the park. 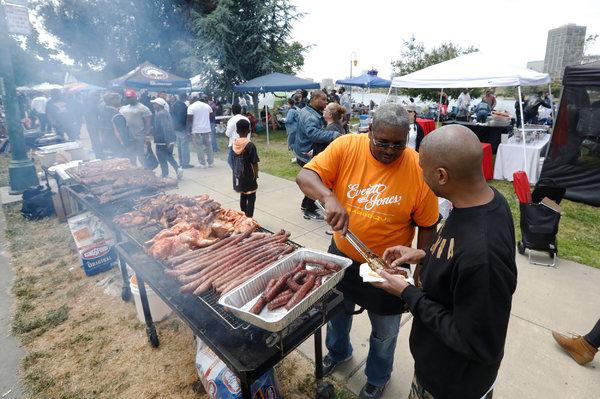 Hundreds partied in the park with BBQs after the incident of racism.

A restaurant is being accused of racism, after refusing to allow a black boy to…