The junior colleague is suing her former boss in the Federal Court for $815,793 alleging persistent sexual harassment over 15 months.

She claims she is no longer able to work.

Further, the 54-year-old businessman refutes claims he touched the 24-year-old on the buttocks in the office, and making lewd comments during work meetings. 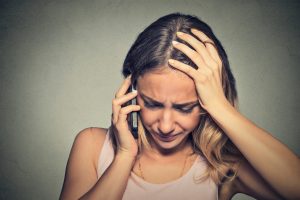 She alleges Thomas later said to her“age is nothing but a number” and “my wife and I would like to have fun with you” when she worked for him.

Martinovic claims when Thomas proposed threesomes, his wife remained silent and did not rebuke him.

Companies are also being sued

The companies also named in the suit, TFH Hire Services and Black Listed Collections Pty Ltd, deny they are liable for the harassment.

The argue Thomas didn’t harass Martinovic, and further, he was not an employee at the time, and additionally, the alleged incidents did not occur at work.

Thomas denies he was ever Martinovic’s direct boss, pointing instead to his Leesa Gill, and brother Daniel Thomas.

The Federal Court has the matter listed for mediation this Thursday.

No excuse for sexual harassment

Industrial advocate Miles Heffernan said this is no excuse for sexual harassment.

“Sexual harassment can have a devastating effect on victims, and no one has to put up with it,” he said.

“It is sometimes hard for victims to come forward and make complaints, especially if the perpetrator is their boss or supervisor.

“I want victims of this unlawful conduct to know there is help available.”

If you experience sexual harassment, we can help.

Testicle-flicking cop unhappy about being given an official warning

The Australian Institute of Health and Welfare has been accused of discrimination, after it placed…

‘I am not Sharon Stone’ – Husar sues for defamation