Parents want the Citipointe Christian College board and its principal Brian Mulheran sacked over its disastrous anti-LGBTIQ enrolment contract.

The contract condemned homosexual acts as “immoral” and “offensive to God”, in addition to stating that the school will not recognise transgender students.

The College required parents to sign it before the start of the school term this week.

However, it has since withdrawn the contract as a result of widespread community outrage. 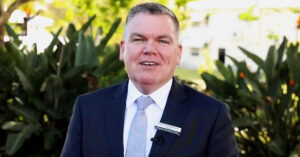 Despite withdrawing the enrolment contract, a group of angry parents want Brian Mulheran and the College board sacked.

Despite the withdrawal of the contract, a group of angry parents are calling for Mulheran and the College board to be sacked.

In a statement, a group of 23 parents said:

“We are still deeply concerned that those responsible for the catastrophe that has unfolded this week, the principal Brian Mulheran and the governing board members, remain in their positions.

“We hold that, by any reasonable standards of leadership and governance, Pastor Brian Mulheran is totally unfit to fulfil the duties required by his post.” 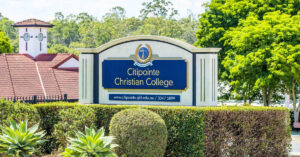 Despite holding no education qualifications, Mulheran has led the school for four years.

Mulheran is a Pentecostal pastor who has led the school for four years.

However, Guardian Australia has revealed he does not hold teaching qualifications or registration.

Mulheran does have degrees in science and theology, however the Queensland College of Teachers (QCT) has no record of him in its system.

Registration with the QCT is a requirement for all Queensland teachers in state and non-state schools.

Most principals have teaching experience, training and accreditation, however it is not a legal requirement for principals of independent schools.

She told Guardian Australia that parents “would absolutely expect that the school they send their child to is led by experienced and qualified educators”.

“Just as very few people would trust an unqualified surgeon to operate on them, there aren’t many parents who would knowingly entrust their child’s education to anyone but a professional, qualified educator,” she said. 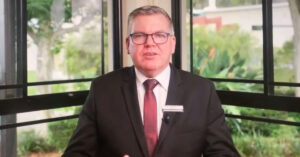 Brian Mulheran has campaigned against gay rights since the 1990s.

The news outlet reports that Mulheran was previously a pastor at the Christian Outreach Centre (which became Citipointe).

During a Senate hearing on discrimination in 1996, he argued that business owners should be allowed to discriminate against gay people.

“We have children whom we love and care about, and we do not want to allow them to be taught wrong morals and be influenced by wrong moral behaviour,” he said.

“Our children should not have to bear the brunt because of legislation that forces an immoral situation. People who employ other people … should have the right to discriminate (against homosexuals).” 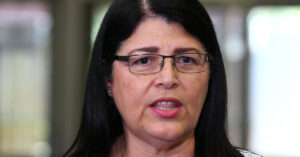 “Comparing homosexuality to things like bestiality, paedophilia and incest is nothing short of abhorrent,” she said.

“In the interests of the mental health of students, staff, carers, parents, and indeed anyone impacted by this, I hope they abandon it completely and nothing like it ever surfaces again.”