A UK policeman has sued for sexual harassment after a colleague nicknamed him “Dolly Parton” for only working nine-to-five.

The officer is a father of four and had changed his shifts to accommodate his childcare needs.

He made a formal complaint after a fellow PC whistled Dolly Parton’s hit song 9 To 5 at him at their station, The Sun reports.

Parton wrote 9 To 5 as the theme song for the 1980 smash-hit comedy film of the same name.

Knox’s colleague also printed A4-sized photos of the country singer’s face and plastered them over his computer and desk.

As it turns out, PC Knox is a father of four and had recently changed his rosters to suit his parental responsibilities.

He complained that the jokes by his workmate – identified only as PC Rylands – between November 2016 and January 2017 amounted to sexual harassment.

The Employment Tribunal rejected Knox’s claim because he submitted it too late.

However, he did win more than $A21,196 for a separate claim of victimisation and disability harassment.

The tribunal heard the trouble started in November 2016, when the force approved PC Knox’s application to work from nine to five.

At first, PC Rylands was “pleased” for his colleague.

However, after transferring to another station, PC Knox’s mental health deteriorated.

He took sick leave and later diagnosed with depression, anxiety, and features of PTSD. 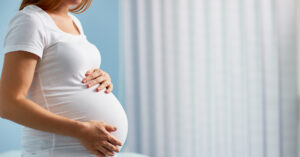 “The law says workers have a right to attend to family matters without having adverse action taken against them by their employer,” he said.

“That includes requesting reasonable adjustments to rosters and work hours so mums or dads can drop off or pick up their kids from childcare or school.”

A farmhand has negotiated a $30,000 settlement after being subjected to appalling sexual harassment by…

The Anti-Discrimination Commission of Queensland is changing its name to the Queensland Human Rights Commission.…