The Queensland Police Service has been accused of discriminating against a recruit with ADHD.

Nicolas Frost said the QPS rejected his application despite completing all testing and entry requirements.

He has subsequently filed a discrimination complaint in the Queensland Human Rights Commission.

Frost first applied to become a police officer in March, according to The Brisbane Times.

He said he disclosed his attention-deficit/hyperactivity disorder during the recruitment process and that he takes dexamphetamine.

After completing all other entry requirements, the QPS emailed Frost, telling him he failed to meet its medical standards.

“Please note QPS medical guidelines state that candidates diagnosed with ADD need to be fully asymptomatic and off treatment for at least two years.”

Current QPS guidelines state applicants with a “history of psychiatric and/or psychological treatment must demonstrate a minimum period of two years symptom-free”.

The service said it considers each application on an individual basis, however, Frost said this did not happen in his case.

He also noted the QPS still categorises ADHD as a mental illness, in the same category as schizophrenia, despite medical professionals classing ADHD as a neurodevelopmental disorder.

He described the policies as “outdated” that added to stigma in the community about the disorder.

“There’s absolutely no reason why I can’t perform the duties of a cop,” he told The Brisbane Times.

“I went to two different doctors, my psychologist who specialised in ADHD, and the other is a GP, and they both have written formal letters saying there’s absolutely no reason why this should affect my placement as a cop.”

Meanwhile, discrimination law expert Miles Heffernan said in Queensland, it is illegal to discriminate against someone based on an impairment, or a perceived impairment.

“The only exception to this is if the particular impairment prevents a person from performing the inherent requirements of a job,” he said.

“For example, people applying to be a police officer will need to have a certain level of physical fitness,” he said.

“Psychological conditions are more complex, however in this case, the QPS might need to review their entry requirements.” 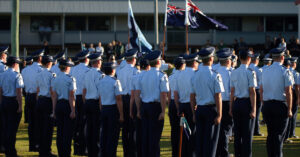 A QPS spokesperson told The Brisbane Times that its medical standards are independently reviewed and updated to ensure best practice.

They require an applicant to obtain a comprehensive report from a psychiatrist or psychologist specialising in the specific disorder.

It must detail the severity of the disorder, in addition to details of treatment or medications and their side effects.

“Of particular concern is the use of amphetamine-based medications.

“This report is subsequently assessed to determine whether the person’s diagnosis could potentially result in impaired executive functions essential for operational policing, including training in the use of firearms.”

Meanwhile, Frost has started an online petition calling for the QPS to review its medical guidelines.

He said he had since heard from several Queensland police officers with ADHD who are on the same medication.

Nurse awarded $17,000 after being sacked for not being able to lift

A nurse has been awarded $17,000 after being sacked for not being able to lift.…

Mental health discrimination in the travel insurance industry is widespread, according to an investigation. As…