Queenslanders with tattoos are calling for an end to discrimination that sees them refused entry to pubs, clubs and restaurants.

Currently, physical appearance, including tattoos, is not covered by the state’s Anti-Discrimination Act.

However, the Queensland Human Rights Commission (QHRC) is currently reviewing the Act which is now 30 years-old.

Businessman and musician Daniel Lowry has a large rose tattoo on his neck in addition to other visible body art.

Lowry told ABC News he got the tattoos because he wanted to look musicians in bands he admired when growing up.

He said he is regularly denied entry to hospitality venues.

For example, a family birthday dinner at a restaurant at Brisbane’s Eagle St Pier.

The popular Burleigh Pavilion on the Gold Coast also refused him entry during his honeymoon.

“[Once] we had to pick up the whole family and just walk around in the city until we found somewhere else to go and eat,” he said.

“Times like that, it’s very frustrating because the reasoning makes absolutely zero sense to me. I should be able to dine at a restaurant with my family.” 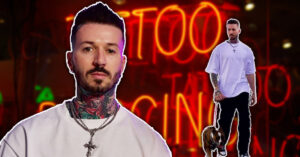 Daniel Lowry is calling for an end to discrimination based on someone’s tattoos.

Lowry has made a submission to the QHRC’s current review of the Anti-Discrimination Act.

He wants the government to class tattoos as “physical features” and “bodily characteristics” that cannot be discriminated against.

“It’s not fair for business to say you can’t come in because of your tattoos, the same way that we would expect them not to deny entry to someone because of their weight, because of a disability … because of a scar,” he said.

“The subtext of what they’re saying is that you belong to a group, and there are criminals or extremists in that group, and we’re going to exclude all of you because of that.”

Currently, Victoria lists “physical features” as a protected attribute, however Queensland discrimination laws do not.

The QHRC will likely recommend the addition of “physical features” to the list of protected attributes.

He supports Lowry’s call for changes to the law. He also notes Queensland’s Human Rights Act protects “freedom of expression, including by way of art”.

“To state the obvious, people wear tattoos because they see it as body art,” he said.

“There’s a wide range of people in the community who wear tattoos. I have come across a number of police officers, including police prosecutors, tradies and people right across the spectrum … and an increasing number of women.”

He said dress codes that sought to ban patrons with certain tattoos were holding onto “old fashioned” views. 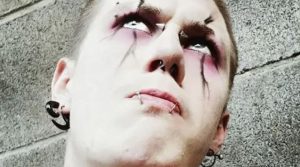 Meanwhile, Glen Day from the Restaurant and Catering Industry Association of Australia said venues should have the right to enforce dress codes.

“They’ve got to make that decision themselves and they should have the right,” Mr Day said.

Other business owners told ABC News some people with tattoos want to deliberately intimidate other patrons and dress codes is the only way to stop that from happening.