Race discrimination is being blamed for a flagrant case of wage theft against two Malaysian workers.

A court penalised their employer, a former hotel operator, more than $211,000 for underpaying the workers $28,000.

It’s the first time the Fair Work Ombudsman has taken legal action against an employer for race discrimination.

In addition, the couple worked longer hours than Australian staff.

Chang owned and operated the Scamander Beach Resort Hotel on the state’s east coast until 2014.

Chang had a cultural connection with the couple and put pressure on them to work hard for him, referring to them as “family”

As a result, Judge Barbara Baker found that Chang made a deliberate decision to treat the Malaysian couple differently to other employees:

“Mr Chang was well aware of his obligations to pay them their entitlements under the relevant awards.

“They were taken advantage of, coming from Malaysia and being of Chinese descent.” 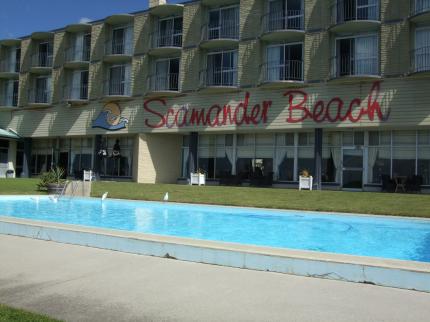 The Scamander Beach Resort is now under new management.

The chef worked six days a week, working between 33 and 57 hours.

He often started when the restaurant opened for lunch and finished at the end of dinner.

The wage did not cover:

In addition, the man’s wife worked as a kitchen hand, working between 35 and 51 hours a week.

He only required them to work five or fewer days a week.

In addition, he paid them legal minimum hourly rates, and penalty rates.

“Discrimination happens when someone is treated differently, or less favourably, because of an attribute like their race,” he said.

“Despite Mr Chang’s denials, the court found evidence that he treated the couple from Malaysia differently, despite describing them as ‘family’ – what a low life.

“This is another example of an employer exploiting vulnerable workers from overseas by stealing their wages.”

“They’re easy targets because often they are too afraid to speak up because they think it will affect their visa status – so the boss gets away with ripping them off.”

Woman ordered to pay $180,000 to husband for race discrimination

A British woman has been ordered to pay her Australian husband $180,000 after she discriminated…