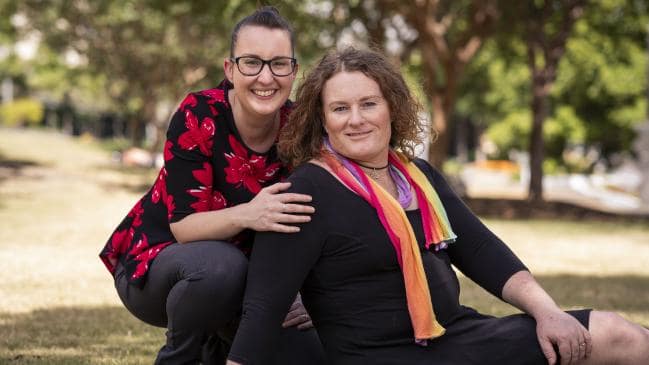 Radio host Beth Rep has been ordered to pay transgender activist Bridget Clinch $10,000 after vilifying her and discriminating against her.

The matter initially settled with Rep agreeing to pay Clinch $700 and posting an apology online.

However, the apology posted on Facebook attracted offensive and hateful messages against Clinch which Rep failed to remove.

The dispute began when newsreader Rep, who works for local radio ACT station 2CC, made online comments about Clinch after the 2018 International Women’s Day March.

Clinch is an Australian Army captain who transitioned from male to female in 2010.

As a result of Rep’s comments, Clinch filed a complaint with the ACT Human Rights Commission.

Rep subsequently made offensive comments about it on Twitter, and as a result, she was banned from the social media platform.

Rep agreed to make an apology on her Facebook page and pay Clinch $700 during conciliation in the Commission.

However, the apology attracted a barrage of hateful and offensive comments which Rep refused to delete, and some of which she even ‘liked’.

Clinch subsequently filed a claim for damages alleging unlawful vilification and victimisation based on gender identity. During the hearing, the tribunal heard Rep is a radical feminist who believes in resisting what she calls “aggressive trans activism”.

She told the tribunal that while she is supportive of gender non-conformity, she is concerned about the impact of trans activism on women’s spaces, services and opportunities.

She argued she did not invite the comments nor coordinate them, and furthermore, was not an active participant.

The comments ranged from “Bridget Clinch is a male bully” to “I hate Bridget and I don’t even know who he is” and the use of the hashtag #istandwithbeth.

Rep argued that, as she had not written the comments, she had no control over the posts, so therefore could not have vilified nor victimised Clinch.

Further, she said, ‘liking’ a post only highlighted the comment and did not imply approval of it.

The tribunal disagreed – finding the radio host chose to allow the posts to remain.

Additionally, it found she actively stirred the debate which predictably attracted many more vilifying and victimising posts.

WHAT IS GENDER IDENTITY VILIFICATION?

Refused to delete them

Senior member Bryan Meagher SC accepted that Rep did not immediately know nor expect the apology to gain such a response.

However, once she became aware of them, she chose to leave them there.

“The respondent could have deleted the comments made against the apology.

“They were rude, offensive and unacceptable.

“Once she was aware of the comments and did not remove them, she is responsible for them.”

In addition to paying compensation, the tribunal ordered Rep to delete “all posts, statements, information, suggestions or implications” on the matter.

It also banned her from making or allowing the same or similar posts in future.

Industrial advocate Miles Heffernan says the case is a warning to anyone who posts on social media.

“The courts in Australia have made it very clear that anyone who posts on social media is a publisher,” he said.

“That means, if anyone posts a comment that is defamatory, or that vilifies someone, you are in the gun – legally speaking.

“And I’m left to wonder why she has such an obsession with other people’s genitals, like all other anti-trans campaigners.”

If you have experienced vilification or discrimination, we can help.

Government backs down on discriminatory tampon tax after Labor’s pledge