A restaurant owner has been penalised $44,800 for discriminating against a waitress because she fell pregnant.

The restaurant owner admitted he reduced and cancelled the woman’s shifts for reasons that included her pregnancy.

Furthermore, the court ordered the restaurant to pay the waitress $7,000 compensation. 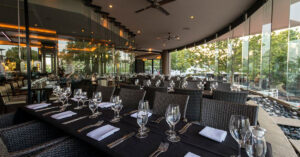 Coco’s owner admitted he reduced and cancelled the woman’s shifts for reasons that included her pregnancy. (Picture: WestValley)

The woman started working at the restaurant in February 2016 on a casual basis.

Then in April the following year, she told Tajeddine she was pregnant.

The owner admitted that he subsequently reduced or cancelled the worker’s shifts between July and September 2017 because she was pregnant.

In July, Tajeddine directed a supervisor to send the waitress home first because “she looks disgusting”.

He also admitted that on another occasion, he directed the supervisor to cancel the waitress’s rostered shift for the evening, saying words to the effect of “she’s holding another human inside of her” and “she can’t move as fast as other staff”.

“‘She looks disgusting’ – restaurant in court over pregnancy discrimination”

The court found the restaurant had taken adverse action against the waitress because of her pregnancy.

Judge Douglas Humphreys said “the adverse action flowed from explicit and very derogatory comments made by Tajeddine”, and that the comments about the employee’s appearance “convey an entirely unacceptable view of pregnant women in modern Australia”.

“I am of the view that the Court needs to send a clear message of general deterrence that employers who use casual employees in the manner that [the employee] was used, particularly in the hospitality industry, cannot discriminate against women based on pregnancy and the cost of doing so, will well outweigh any perceived financial benefit from doing so.”

In addition to the penalties and compensation, the Court also ordered Coco’s to implement discrimination training for staff. 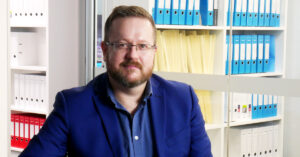 No excuse for unlawful discrimination

Employment lawyer Stephen Dryley-Collins said there is no place for unlawful discrimination in modern workplaces.

“The conduct of this restaurant owner, and his derogatory comments about his employee, are absolutely appalling,” he said.

“The law is clear – an employee cannot be treated unfairly, or less favourably, simply because they are pregnant. That’s why the court found Mr Tajeddine’s treatment of the waitress was entirely unacceptable, in addition to imposing significant penalties.”

Sacked for getting pregnant still all too common – Discrimination Claims

Workplace discrimination against pregnant staff is still far too common according to leading industrial advocates.…