An older salesman has been awarded $30,000 after his employer sacked him for being too old.

His employer maintains the dismissal was the result of performance problems, including lack of product knowledge and time taken on calls.

Older salesman sacked for bad back, bad hearing and being too old

62 year-old Fenton McEvoy worked for Acorn Stairlifts at Belrose in Sydney for 16 weeks as a telephone sales advisor.

McEvoy alleged sales manager, Laura Kelly, told him his employment had been terminated because he had a bad back, bad hearing and was too old.

The older salesman is twice the age of most of his colleagues.

The company denied the allegation and instead claimed that McEvoy demonstrated poor work performance.

However, McEvoy had recently ruptured a disc in his back, but had been cleared by his doctor to return to work.

He claimed that Kelly said she didn’t believe him, when she saw him ‘hobbling around the office, limping, and taking pain killers’. 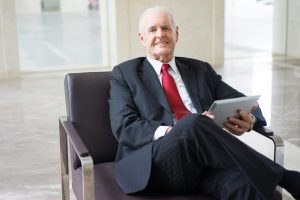 WHAT IS AGE DISCRIMINATION?

Kelly allegedly told McEvoy that he didn’t ‘fit the culture’ of the office because he is too old.

Additionally, she accused him of being deaf, because when she yelled at him across the office, or swore at him in an effort to get a reaction, he didn’t reply.

He said he heard her, but didn’t respond to being yelled at.

He also pointed out that his job involved working on the phone, not lifting heavy objects.

In response, Kelly told him to to get his things and leave the office immediately.

Ageing workforce is a treasure

McEvoy filed a complaint with the Anti Discrimination Board, claiming age and disability discrimination.

Miles Heffernan from Discrimination Claims said employers cannot treat a worker unfairly because of their age, or disability.

“The ageing workforce should be treasured, and not isolated and treated differently,” he said.

“Older workers have much to give a workplace, not to mention it’s the very basics of humanity to support older workers as they head towards retirement.” 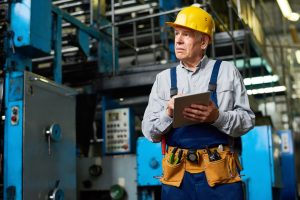 “IS 45 TOO OLD TO WORK? MANY WORKERS REPORT EXPERIENCING AGE DISCRIMINATION?”

What the tribunal found

One of the witnesses described him as “the best and most consistent performer” in the office.

It awarded him $31,420 for lost income and for depression and anxiety suffered as a result of the dismissal.

If you have experienced age discrimination, we can help.