SBS has launched an independent investigation into allegations of bullying and racism made by former employees.

An external lawyer will conduct the investigation on behalf of the multicultural broadcaster, NCA NewsWire reports.

A number of former staff, including Indigenous journalists Kodie Bedford and Allan Clarke, said superiors and colleagues subjected them to bullying and also racism.

Long-serving high profile newsreader Lee Lin Chin revealed she left the network because of the mistreatment of colleagues.

Many wrote about their experiences on social media.

But by the end of 2 yrs: my writing was worse, my self-esteem destroyed, I had suicidal thoughts. The stress on my body meant I developed eczema, I lost my period for 4 months, I stopped eating; a piece of toast filled me for the day because of anxiety. THIS IS WHAT RACISM DOES.

The investigation follows the network implementing a number of measures to improve diversity.

For example, two Indigenous elders will be appointed to provide support and cultural empowerment to staff.

The broadcaster will also promote Indigenous employees outside of NITV. 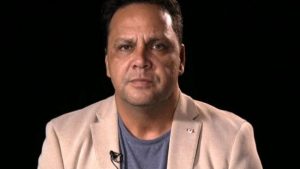 Antoinette Lattouf, a former SBS journalist, welcomed the “comprehensive” changes, but noted they were “overdue”.

Lattouf told The Guardian that superiors subjected her to bullying during her time at SBS:

“It’s unfortunate it took social media shaming and interviews with the Australian press for SBS to realise it had a problem internally.

“This impacted me for years and still makes me feel sick when I encounter that person or hear similar stories from the next generation of culturally and linguistically diverse journalists.”

Popular Aussie Coon cheese will be re-named after complaints the brand name is racist. The…