A Queensland teenager says his tattoos and piercings have left him unable to get a job.

The teen claims employers discriminate against him because of his appearance.

However, current anti-discrimination laws do not offer protections for appearance, including piercings, tattoos and hair styles.

18 year-old Novak Daniels told the Sunshine Coast Daily he has applied for multiple jobs in the past few months.

However, prospective employers have consistently turned him down.

Daniels claims he has a great work ethic, but believes an “old fashioned” mindset about appearance results in discrimination.

“I think these people are very old-fashioned and think I’m a troublesome teenager.

“I dress the way I dress to express myself.  And I don’t want to fit with the system because it’s broken.

“I’m being myself, and if people are choosing to discriminate against me and tell me to pull my piercings out, then they can.” 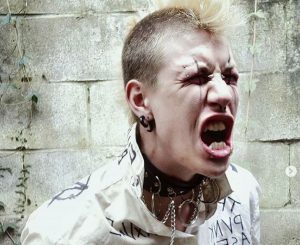 Novak Daniels says his punk style has left him jobless.

Novak describes his style as “punk” and has multiple face piercings, tattoos and a mohawk.

The teen is popular on social media, with almost 66,000 followers on TikTok.

The videos he uploads highlight his punk style, including wearing dark eye makeup and black clothes.

He smokes drinks and swears in many of the videos.

“CAN YOU BE REFUSED A JOB BECAUSE OF YOUR TATTOOS?”

“It is not unlawful for a prospective employer to reject an applicant based on how they look,” he said.

“So that includes tattoos, piercings, hairstyles and fashion choices.

“Employers refer to tattoos and piercings as ‘job stoppers’.

“And while everyone should be free to express themselves how they wish, those who choose to cover their face in tattoos and piercings can expect it to impact their job prospects.”

Mr Heffernan says a worker can make a discrimination claim if their tattoos or piercings are connected to their social or ethnic origin.