The university of Melbourne is being sued for sex discrimination by a former animal care coordinator.

The woman claims the university paid her less than her male colleagues who did less work and had fewer responsibilities.

University of Melbourne got rid of worker when she complained

Lianne says she’s taking the action after making a number of unsuccessful attempts to be paid the same as her male co-workers.

Furthermore, she alleges the university made her job redundant as a result of her complaints about the gender pay gap.

Lianne worked at the university’s Werribee campus for veterinary students.

Her role involved looking after different types of animals, including birds, pigs, horses, cattle and sheep.

In contrast, she claims that her male counterparts only looked after dogs and had no casual staff reporting to them.

“It seems that there is some gender inequality with regards to salaries,” she wrote in an email to her manager. 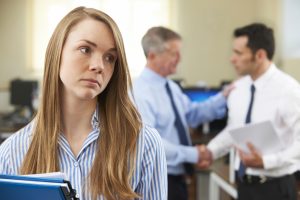 Lianne worked at the university for eight years, and first raised concerns about her pay in 2014.

As a result, she received a small pay rise, but still earned less than her male co-workers.

In 2016, she applied for her position to be reclassified, arguing that her job had become more complex.

However, the application was unsuccessful. Lianne is suing the University of Melbourne for sex discrimination.

As a result, Lianne filed a sex discrimination complaint against the university in the Victorian Equal Opportunity and Human Rights Commission.

“These other positions are classified at a higher level than mine, the only difference within the roles is that they are occupied by males.”

The university subsequently told Lianne a restructure of the department will result in her position becoming redundant.

A conciliation session failed in the VEOHRC, and as a result, Lianne’s case will now be heard by the Federal Circuit Court.

She has filed a general protections claim involving dismissal, arguing the university unlawfully sacked her for making a complaint about discrimination.

She is seeking compensation for loss of income and for pain and suffering.

A University of Melbourne spokesman confirmed it was defending a claim brought by a former employee.

“It would be inappropriate for the university to comment on this matter while it is before the court,” he said.

Industrial advocate Miles Heffernan says it is unlawful to dismiss an employee who makes a complaint about discrimination.

“An employer cannot take adverse action against an employee if they ask about their working conditions,” he said.

“For example, their pay or hours of work, or if they make a complaint about sexual harassment or discrimination.

“Employers who sack employees who complain about sexual harassment or discrimination can expect to he hit with hefty penalties.”

For help and advice, please call our team at Discrimination Claims on

A Darwin barbershop owner has made national headlines after refusing to cut women's hair. As…