A University of Adelaide lecturer said she was in shock for days after allegedly being sexual harassed by a professor.

The woman has filed a claim in the South Australian Civil and Administrative Tribunal seeking $970,000 compensation.

University of Adelaide lecturer in shock

Dr Nguyen told the tribunal she and Professor Ross had sex in a hotel room during a conference in 2019.

However, she claims she was too drunk to give consent after a night of excessive alcohol consumption.

Instead, he claims Dr Nguyen had been conscious and a “willing participant”.

Dr Nguyen told the tribunal she only had “flashes” of the sexual encounter.

She described feeling “shock and denial” in the days afterwards because she admired and respected Professor Ross. 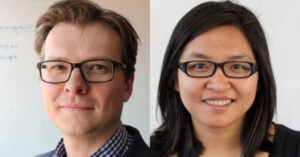 Dr Nguyen made a rape complaint to SA Police, however, they did not lay charges against Professor Ross.

Kerry Clark SC, for Dr Nguyen, told the tribunal it must determine on the balance of probabilities if Professor Ross made an “unwelcome” sexual advance on her client.

Meanwhile, Stephen Apps, for Professor Ross, told the tribunal that Dr Nguyen initiated the kiss between them as they walked home from the Glenelg Pier Hotel after 2am.

“They were both affected by alcohol, they both acted stupidly — something they would never have done if they were sober,” Mr Apps told the tribunal.

“The crucial thing is they were fully conscious — there was no sexual harassment; Dr Nguyen was a willing participant.” 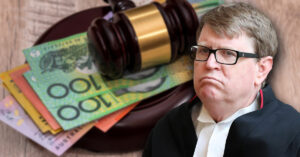 Meanwhile, Jane Abbey, for the University of Adelaide, told the tribunal that the university took allegations of sexual harassment “very seriously”.

However, she also claimed the university was not responsible for the conduct of Professor Ross because it did not occur at work.

She submitted to the tribunal that both Professor Ross and Dr Nguyen were working during the hours of the conference but not afterwards.

However, Ms Clark said her client would argue they were working from the time they checked in and checked out of the conference.

Anywhere in connection with work

“In general terms, sexual harassment can happen at work, or anywhere in the course of employment,” he said.

“That means after-hours drinks, Christmas parties and trips away for things such as conferences.

“In this case, these two people were at the conference in the course of their employment. Therefore, the tribunal could possibly find their employer, the University of Adelaide, vicariously liable for any employee misconduct that happened there.”

The hearing in the SA Civil and Administrative Tribunal continues.