A senior surgeon who works for the Metro North Hospital and Health Service in Brisbane has been suspended.

The suspension follows the public airing of a series of sexual harassment allegations against him.

Doctor William Braun works as a bariatric surgeon at a number of private and public hospitals across Brisbane.

However, he will not return to work until an investigation into his workplace conduct is finalised.

Braun’s personal and professional behaviour has resulted in multiple complaints.

For example, allegations of harassment, bullying, and medical incompetence.

In one incident, Braun allegedly put his hands “between the buttocks” of a nurse.

Additionally he allegedly texted the same woman, badgering her with requests for sex.

Furthermore, he also allegedly asked her to give him oral sex in an operating theatre.

When Braun found out about a colleague’s fertility issues, he allegedly made derogatory comments like, “you’re too fat to get pregnant.”

Another worker claims Braun whispered in their ear, “You operate like a retard, don’t you?”

A colleague claims they had to manage two patients with serious complications after botched elective surgery conducted by the surgeon. 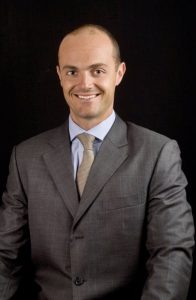 A spokesperson for Metro North HHS has refused to comment about the investigation.

However, they did confirm it had suspended a member of staff over the allegations raised.

“Sexual harassment in our health service is completely unacceptable and we actively encourage and support any staff to report any incidents.

“Our Metro North integrity unit conducts thorough investigations and where required, these matters are dealt with through the relevant industrial framework or referred to the Queensland Police Service.”

“Sexual harassment is any conduct that is sexual in nature, that is unwelcome, and offends, humiliates or intimidates,” he said.

“It is unlawful, and those who engage in such behaviour in the workplace can expect to lose their job.”

A transgender nurse has been awarded $A167,902 in damages after being banned from using a…