The government delay on ending school LGBTIQ discrimination has been described as ‘gutless’.

The changes will ban faith-based schools from expelling gay students.

Morrison initially pledged to fix the laws within a fortnight, but has now ‘kicked the can down the road’ by referring the matter to the Law Reform Commission.

The Commission will take six months to conduct a review.

“On this day of love, the Government’s Valentine’s Day gift to LGBTIQ people is continued discrimination, prejudice and hate.”

The Ruddock Religious Freedom Review exposed a loophole that allows faith-based schools to expel students or fire teachers based on their sexuality.

The public expressed outrage, and, as a result, Morrison pledged to fix it.

He subsequently referred the issue to a senate inquiry with hearings held over the past few weeks.

However, instead of suggesting amendments to discrimination laws, the LNP-dominated committee referred the issue to the Law Reform Commission.

The move effectively puts the issue off the agenda until after the federal election.

“LGBTIQ young people are some of the most vulnerable people in our community and deserve a Government that will look after their well-being, not sacrifice them on the altar of political expediency.

“Yet again this Government’s internal divisions and pandering to prejudice means it has failed to deliver fairness and equity for LGBTIQ Australians.” 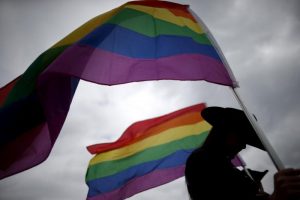 ‘How gutless can you get?’

“Scott Morrison hasn’t got the courage to stand up to the religious nutters who are fighting this issue after losing the marriage equality debate,” he said.

“Instead, he ‘kicks the can down the road’ so he doesn’t have to show any leadership and resolve the issue.

“What a pathetic weak man.

“Morrison is a religious fanatic who can’t bring himself to protect gay and trans kids for simply being who they are.

“It’s time our Prime Minister found some courage and showed some leadership – a skill he seems to sorely lack.”

The law has been in existence for over twenty years, “without the sky falling in”, according to Mr Croome.

“As someone who has seen the benefits of Tasmania’s strong anti-discrimination laws to both LGBTIQ people and to faith-based schools, I am bewildered why the Tasmanian model isn’t immediately adopted nationally,” he said.

“We don’t need yet another inquiry.  We need a Government that will do the right thing.”

Please call our team at Discrimination Claims on

The parents of a boy with ADHD are suing Education Queensland for discrimination. The couple…