A high school teacher claims she was no longer offered work after ‘coming out’ as transgender.

Blaise Harris told the smh.com.au that she has not been asked to work at Cessnock High since telling them she was transitioning.

Trans teacher told ‘You have to think of the children’

The head teacher told Harris “it might be a problem” and that the “kids can be nasty”.

Following those comments, there were no more offers of work.

When Harris complained to the education department, she says a senior manager told her:

“I don’t have a problem with what the school did at all.  You have to think of the children.”

“I don’t see how me having boobs and wearing a dress to work because that’s how I want to be.

“I don’t see how that negatively impacts on anyone else’s life.” 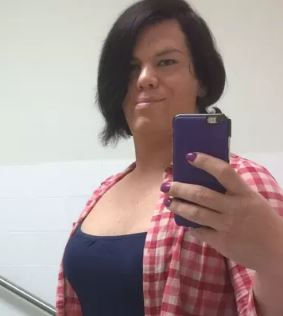 Miles Heffernan from Discrimination Claims said it’s unlawful to discriminate against an employee based on gender identity.

“You cannot treat transgender workers differently, or less favourably, than other employees,” he said.

“The trans community is particularly visible, and for some, confronting.

“Particularly as a person transitions from one gender to another in an open way.

“If someone identifies as a certain gender, it’s not for employers or co-workers to question it.

“If Charlene becomes Dave, then from that point forward, he’s Dave – it’s not hard.”

According to a study by La Trobe University, many transgender employees lose their job, particularly if they transition in the workplace.

Brenda Appleton, from Transgender Victoria, told the smh.com.au that it’s still difficult for trans people to come out at work.

“I have many friends who have been discriminated against in the workplace and they don’t complain because they fear it will mark them as a trouble-maker for the rest of their working life,” she said.

A teacher has settled a discrimination claim with a Christian school that opposes same-sex marriage.…

A school has introduced unattractive and ill-fitting shorts so girls won't wear them, according to…

Radio host ordered to pay $10,000 to transgender activist for discrimination