A gay police officer is suing his department claiming he experienced discrimination on the basis of his sexual orientation.

He alleges bosses targeted him with a year-long bullying campaign and furthermore, after reporting the unlawful conduct, it became worse.

Brendan Mannix is suing the San Francisco Police Department for sexual harassment and discrimination based on his sexual orientation.

He claims two sergeants at his police station regularly commented about his sexual orientation, including calling him a “queen” and “too dramatic”.

One suggested a sexual relationship existed between Mannix and another gay officer at the station, and furthermore when Mannix said something the sergeant believed stereotypically gay, he remarked:

Lawyer Lawrence Organ accused the sergeant of mocking Mannix’s hair style and physical appearance by making belittling comments such as:

“Is that hair big enough?!” and “How much do you weigh? One hundred pounds soaking wet?”

“Anyone who doesn’t fit a precise mold — broadly speaking, straight, cisgender, white and male — is targeted for mistreatment; those who complain about it are treated even worse.”

WHAT IS WORKPLACE BULLYING? 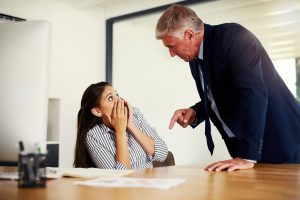 Harassment got worse after complaints

Mannix asked the sergeants to stop the harassment, and in response, one allegedly yelled in Mannix’s face telling him, “If you think I am a bully, file a f–king complaint.”

The gay officer found the comments offensive and concerning, his lawyer said.

Furthermore, Mannix claims that because of his complaints, the sergeants began retaliating against him by giving him unfavourable assignments.

The San Francisco Police Department said it won’t comment on the lawsuit but nevertheless, a spokesperson insists it takes “allegations of discrimination and officer misconduct seriously.

“The San Francisco Police Department is committed to diversity, tolerance and respect for the public and all of our members.

“Department members swear to hold each other accountable and to act swiftly to report any misconduct.”

WHAT IS SEXUALITY DISCRIMINATION?

No excuse for discrimination or harassment

Industrial advocate Miles Heffernan from Discrimination Claims said there is no excuse for discrimination or sexual harassment.

“The behaviour alleged by Officer Mannix is not only repugnant, it is also unlawful,” he said.

“Anyone subjected to sexuality or gender discrimination, or sexual harassment could be eligible to substantial compensation.”

71 percent of Australians have experienced sexual harassment, according to new research by the Human…