Sexual harassment affects the health and well being of workers, according to new research.

The study finds workers can suffer a range of health and psychological issues.

Specifally, the research conducted by the University of Calgary suggests sexual harassment can lead to:

According to the research, women are twice as likely than men to show persistent psychological distress two years after experiencing sexual harassment at work.

Additionally, they have worse physical health symptoms and satisfaction with their health.

In one study, women working in male-dominated industries had poorer health as measured by a stress hormone taken after work. Sexual harassment can cause physiological response

Sexual harassment and assault that happen at work can act as a stressor producing an involuntary physiological response.

This sort of stress can adversely affect blood pressure, pulse rate and the stress hormone cortisol.

It can also cause heart rate variability.

However, removing the threat often does not stop the biological response to stress, according to experts.

This can lead to mental disorders, for example:

Those who suffer these conditions often turn to unhealthy behaviours to cope, including alcohol in order to cope with the stress.

As a result, these behaviours increase the risk of chronic disease. 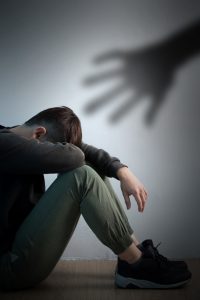 Who’s responsible for the health and well-being of workers?

Employers have a responsibility to provide a safe workplace for their employees.

Despite this, many businesses fail to respond appropriately to complaints about sexual harassment.

Complainants are often unsatisfied with their employer’s response, according to survey last year.

Additionally, others report not making a complaint because they believe the perpetrator will not be punished.

Furthermore, they feared they wouldn’t be believed, or that they thought it would risk their future career. Important to speak up

“We are currently representing a worker who was subjected to the most vile sexual harassment, including being sent inappropriate images and text messages,” he said.

“Not only has she suffered the trauma of the harassment, but she has almost been re-victimised by having to re-live the behaviour and have her version of events questioned.

“I am pleased to say that in her case, we were able to offer her the support and advice she needed, and we have just settled the matter on her behalf and managed to negotiate a huge six figure compensation payment for her.”